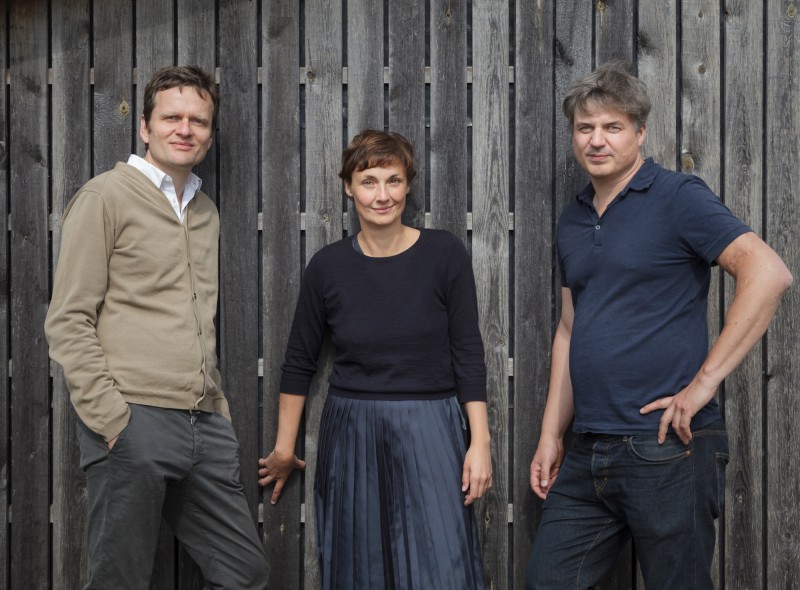 stijn bollaert
noAarchitecten was established in 1999 by Philippe Viérin, An Fonteyne and Jitse van den Berg.

Philippe Viérin (1969, Bruges) graduated from Ghent University in 1992 and worked for Stéphane Beel in Bruges and KCAP in Rotterdam. Besides being a partner at noAarchitecten, he also runs Viérin Architecten in Bruges.

An Fonteyne (1971, Ostend) graduated from Ghent University in 1994 and worked at DKV Architects in Rotterdam and David Chipperfield Architects in London. She taught at TU Delft between 2013 and 2017 and was involved in the creation of the Master Adaptive Reuse at Hasselt University. Since August 2017 she is professor Architecture and Design at ETH Zurich.

An Fonteyne is a member of the Board of directors of the Flanders Architecture Institute.

Jitse van den Berg (1971, Nijmegen, NL) studied at TU Berlin and TU Delft and graduated in 2000. During and after his studies he worked for Sauerbruch Hutton Architects in Berlin and David Chipperfield Architects in London and Berlin.

The three partners have been teaching at the TU Delft. They lecture in Belgium and abroad and are invited as guest critics at international schools and institutions.